Most consumers are surprised when they hear the term coffee robot. Some consumers even thought it was robot-made coffee. In fact, robocoffee is not machine-made coffee, but robot-led coffee. Here are some characteristics of robot coffee. 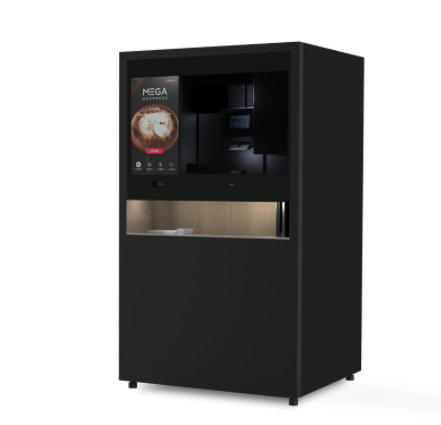 The robot barista's "arm" is connected to a tablet computer and is able to measure electrical parameters at each juncture. The robot arm has a teaching system for making coffee that significantly lowers the barriers to entry for users. The robot arm needs to be programmed in advance, and it must be operated in full accordance with the program, otherwise the artificial intelligence will not work. Through the establishment of scientific procedures, the robot can ensure that the taste of each cup of coffee has reached a high degree of similarity.

Robotic baristas make coffee and can fetch, brew, syrup and deliver it to customers in less than a minute. The barista robot can make 100 to 120 cups of coffee per hour. The taste has no difference from the coffee made by human, which greatly saves labor cost and improves working efficiency. Even in the peak hours, coffee making and packaging can be better completed.

Robot-made coffee fits well with the curiosity prevalent among modern consumers. A coffee robot delivers a fresh cup of coffee to a customer after payment is surprising enoough, not to say the intelligent barista can make different kinds of coffee. Such a new thing is interesting enough to make passers-by to stop and watch, realizing the invisible publicity of the coffee shop.

Integrating robots into daily life and production can reduce the cost of human resources in the process of daily labor. It is believed that with the promotion of robot coffee popularity in the future the coffee robot will become the new darling of beverage consumption in the future. If you want to try it, you can find the coffee robot in MegaRobo.