About Columbia Independence Day, a Historical Story You don't Know

July 20, 1810, was of great significance to Colombians. It marked the beginning of the liberation and independence process of Colombia from Spanish colonial rule. To commemorate this important day, the Colombian Congress officially designated this day as Colombian independence day.

This is a grand festival for Colombians. What are the historical stories contained in it? 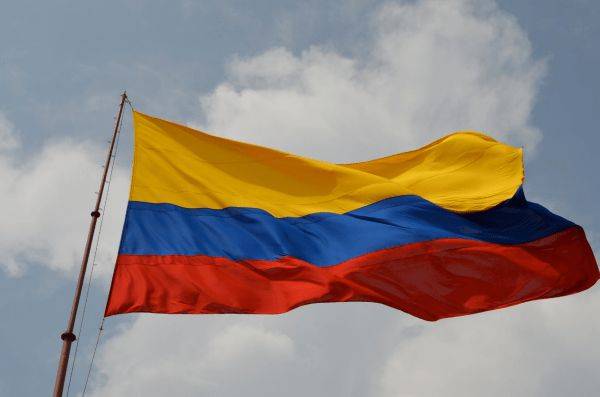 Colombians have known the meaning of the tricolor flag since childhood and are proud of being Colombians. Why is the Colombian flag yellow, blue and red?

The yellow on the Colombian flag not only represents the golden sunshine and grain but also symbolizes Colombia's rich natural wealth; Blue represents the ocean and blue sky. They connect Colombia with the world at all times; The blood shed by the independence heroes of Colombia for the struggle dyed the flag red. The deep emotion given by Colombians makes the Colombian flag fly more brightly on independence day.

The atmosphere of celebration began to spread on the evening of the 19th when Colombians would spread the national flag and fix it on the railing of the balcony. Or build a temporary base by hand, put the flag through the flagpole, and stand solemnly in your garden.

How did the history of independence unfold in Colombia?

On July 20, 1810, in the then mayor square market, which is now the Bolivar square in the center of Bogota, the Colombian capital, the local Creole people (i.e. native whites) in Colombia held a people's uprising to express their dissatisfaction with Spanish colonial rule.

It was market day on Friday, the busiest day in the square. At noon, Luis de Rubio, a Creole, went to the home of Jos é Gonz á lez Llorente, a Spaniard, to borrow a vase to decorate the dining table of Antonio Villavicencio, an important Creole, but was rejected.

So Francisco Jos é de Caldas and Antonio Morales immediately stepped in and explained to the public the Spaniard's insult to the American people. The people gathered in mayor square and launched a fierce attack on the Spanish colonial rulers. A revolution broke out and ended with the urgent signing of the Santa Fe independence act.

Although this event was not the only and most decisive revolution, it was recognized as the day when the independent revolution officially kicked off, because it opened the way for the fierce struggle between the local army and the Spanish ruler in the future.

From the struggle that began in Venezuela in May 1819 to the battle of Boyaca on August 7, 1819, under the leadership of Simon Bolivar, Colombia declared its complete independence, which also led to the birth of the angostura national assembly and the Republic of Colombia.

This event is of great historical significance to Colombia and is still widely spread today. If you go to Colombia, you can find the marks left by this series of events in many tourist attractions inside and outside Bogota, such as the vase house, the National Museum, and the bridge of Boyaca, to review and experience the history of Colombia.

How do Colombians celebrate this important festival?

On July 20 every year, a large-scale military parade will be held in the capital Bogota. The armed forces of the Navy, land, and air force will jointly accept the review of the president of the Republic of Colombia, and Colombia will celebrate.

At the same time, Colombians will go out of their homes and bring all kinds of tricolor flags to the scene to experience the grand military parade.

On this day, various concerts and rich and diverse cultural activities will be held, which will be broadcast live on television, so that every Colombian citizen can participate in the celebration of independence day.